You can now support Knox Robinson directly through Patreon! Check out our video below, and head over to our Patreon page to see the exclusive patron-only benefits we're offering. Labyrinths is independent and ad-free thanks to our patrons!
You can also support us directly through Paypal.
words •  art • heart • truth • justice • balls • ovaries ​• vision 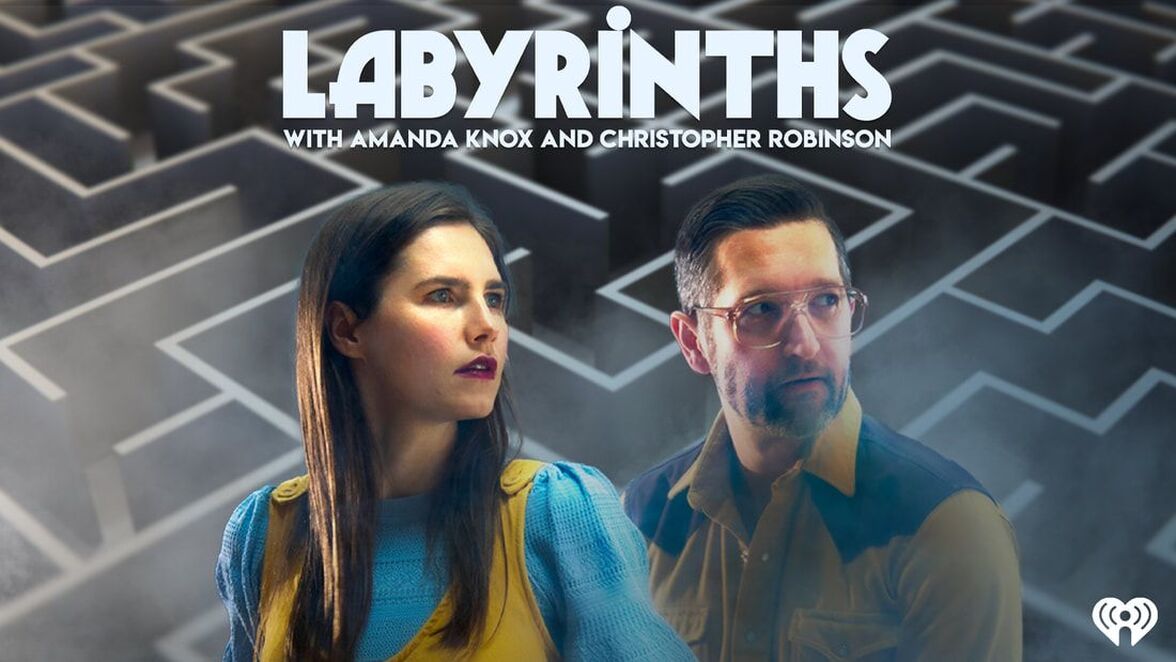 Amanda Knox is an exoneree, journalist, public speaker, and author of the New York Times best-selling memoir, Waiting to Be Heard (HarperCollins, April 2013). Between 2007 and 2015, she spent nearly four years in an Italian prison and eight years on trial for a murder she didn’t commit. Amanda hosted The Scarlet Letter Reports, a VICE/Facebook series about the public vilification of women, and The Truth About True Crime, a podcast and Facebook Watch series for Sundance/AMC that she produced and wrote with Christopher. She is also a featured contributor to www.crimestory.com, where she has written extensively about criminal justice reform. Find more about Amanda at her personal site, or watch the 2016 Emmy-nominated Netflix documentary about her wrongful conviction.
Twitter  |  Instagram
​
Christopher Robinson is a Boston University and Hunter College MFA graduate, a MacDowell Colony fellow, Yaddo fellow, and a Yale Younger Poets Prize finalist. He is the co-author, with Gavin Kovite, of War of the Encylopaedists (Scribner, 2015), which the New York Times called "captivating," and Deliver Us (Alephactory, 2018), a Foreword Indies Book of the Year finalist. He wrote and produced The Truth About True Crime with Amanda, and is also a featured contributor to www.crimestory.com. Find more about Christopher at his personal site.
Twitter  |  Instagram
With their powers combined, Knox and Robinson are embracing the media landscape of the multiverse, producing works that are ambitious, empathic, cerebral, ludicrous, and all around next level. ​Their first joint book, The Cardio Tesseract, a collection of poems, was published in February, 2020. Together, they write, produce, and host the podcast Labyrinths.